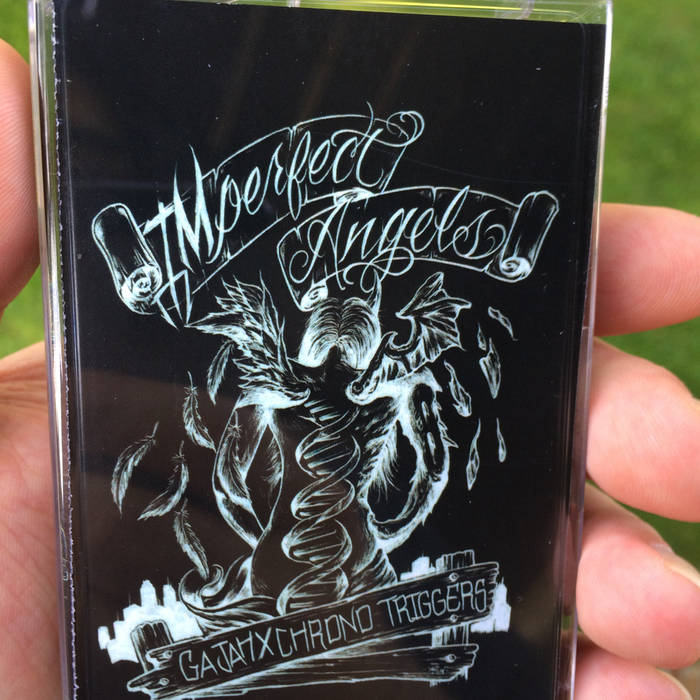 75 ONLY, Ships 5/31/2016
Gajah's Acid Lab Records is releasing the digital and vinyl, this is the super-limited FBR cassette version of the album. Below is the info on this release, direct from ALR:
"Imperfect Angels": The latest works by Gajah of Acid Reign, in collaboration with French producer, Chrono Triggers. The 8 track dark opus serves less as an EP and more as an album with its strict, conceptual approach as Gajah digs deep into the heart of the human condition, measuring the balance of good and evil with his perspective.

SOLD OUT
All beats produced by Chrono Triggers
All lyrics (with the exception of "Asundered" & "Skull Warriors") written by N. Navarrete AKA Gajah, courtesy of (fathomlessmusic/ASCAP)
Recorded by EQ @ the Ashtray of LA
Mixed & Mastered by Chrono Triggers
Cover artwork by Tattoo Drew
Additional outro production on Side A by MJC

If you like Gajah & Chrono Triggers- "Imperfect Angels" FBR007 Limited Cassette Edition Of 75, you may also like: